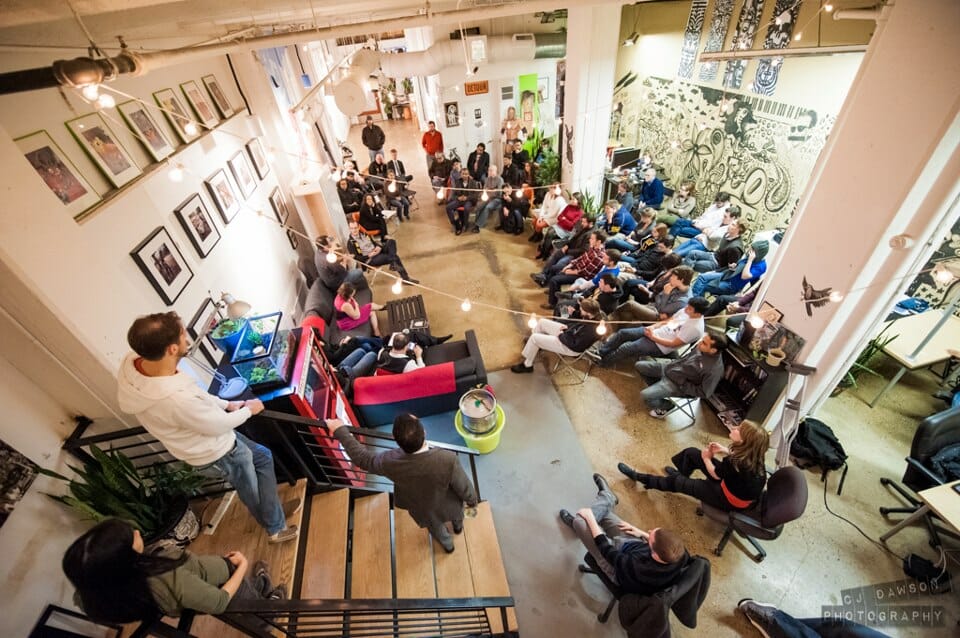 “Taking the perspective of a coworking member makes me better at my job as the co-founder and leader”.

“Taking the perspective of a coworking member makes me better at my job as the co-founder and leader” Alex Hillman, IndyHall

The Indy Hall coworking space has been a pillar of the Philadelphia community for 9 years. Co-founder and space leader, Alex Hillman will be speaking at this year’s Coworking Europe Conference, and talked to us about what it takes to be a positive and steady influence in his coworking space and also his upcoming workshop for Coworking Europe, “Smashing the Stereotypes”.

Hi, Alex. You are very involved in the coworking community Philadelphia. Can you tell us a bit about your role at Indy Hall?

My number one role at Indy Hall is one shared by over 300 people that belong to this community. I’m a member, first and foremost. That might sound cheeky, but I point it out because so many people that start coworking spaces but never get to enjoy them in the way that members do. I think that’s unfortunate.

Taking that perspective of being a member makes me better at my job as the co-founder and leader. As the community and business have grown and evolved over the last 9 years, I’ve been there to guide and steer. I’m also a resource for Sam and Adam, Indy Hall’s full-time Tummling team. I also support Sean, our part-time artist in residence and the leader of Indy Hall Arts.

Why coworking is the best option for you and the community?

Coworking is a happiness business, for both me and most of the community. I can work from anywhere, but I’d much rather be a part of something bigger than me. This group of people is the most thoughtful, optimistic, and creative group of problem solvers. I’m surrounded by the kind of people who want to I’d hire or work with, except they’ve all chosen to work around each other and me.

That’s an unusual environment – a place where everyone wants to be there. I’m thankful to have that.

Are there still challenges for coworkers in the United States?

Oh yes – we’re a long way away from utopia over here!

I like the way Tony Bacigalupo framed this a couple of years back: over the last 100-ish years, we’ve built up a lot of infrastructure around work. Everything from the workplace itself, communication tools and processes, professional and personal development, healthcare, the list goes on and on.

But now there’s this shift where instead of depending on a single employer to provide all of those things, people are finding themselves “independent”. Sometimes as a full on free agent (consultant or freelancer) or in other cases, still “employed” but with far less benefits.

So while coworking spaces might solve the “place” problem for some people, but definitely not all of them, we also have other pieces of work infrastructure to recreate. And we also need to redesign with the independent worker in mind. The idea that all of those problems will ever be solved is itself a mistake.

Right now, a lot of good can be done simply by better understanding how people work, instead of playing “SimOffice” with coworking spaces that just play out a fantasy for how work gets done. 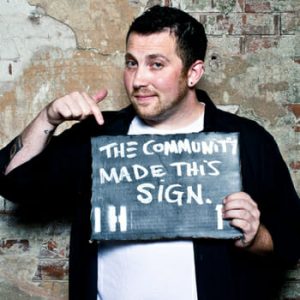 Now that coworking has gained international attention, how do you see the future of work?

It’s only been 10 years. Coworking is still a baby.There are much more people who haven’t ever heard of coworking than people who have. Thus, there are way more lessons to learn.

But I think that the future of coworking doesn’t look much like the coworking spaces that we’re just coming to think of as “mainstream”. Because if you think about it, most people will never work from a coworking space.

Every event I go to, three problems stand out to me:

1 – In a lot of cases, people are only just discovering the other people in their town/city/region/country who are also coworking. They literally open a coworking space thinking it’s the only or first one. If they haven’t at least researched that, I always wonder, what other research haven’t they done?

2 – Related, there are not enough member voices in the “scene”. It’s mostly all owners & operators, and a little bit of staff. Talking to each other is better than not, but without members in the mix, it turns into a bunch of people crowing about how awesome their space it. News flash: everybody thinks his or her baby is the cutest. This is as the heart of why people struggle to explain coworking to potential members – because they have no idea how members actually think, or what they care about.

3 – The obsession with startups, and the bizarre conflation of coworking and startups, it is a big problem. It’s true that coworking is great for startups – no commitment, low cost, hip culture. But startups are terrible for coworking spaces. Think about it: You choose whom you’re going to build your community around and your business.

Why would you choose a population whose most likely outcomes are to a) fail and go out of business or b) succeed and outgrow you? (Remembering that the latter is statistically far less likely) And while they are members, they need special deals or arrangements that just create more work for you and your staff?

And maybe even more strange is that in every country I’ve visited, most of the coworking spaces that seem to cater mostly to startups all look just like one other. There’s no differentiation. No unique identity. Just the same echo-y “hustle” that’s more like showing off.

Have you been to the Coworking Europe Conference before?

Yes, this will be my 5th! (Berlin, Paris, Barcelona, Lisbon, and now Milan). I look forward to it every year.

What benefits do you get from attending the CWE conference?

The thing I especially enjoy about the Coworking Europe conference is the level of diversity being much, much higher than any other gathering I’ve attended. You get to see coworking being applied to cultures throughout Europe, which is a far-reaching collection of cultures to begin with, and then there are also attendees from other continents as well.

For me, Coworking Europe is a really great mix of “family reunion” plus making a bunch of new friendships that will last beyond the event.

What will you speaking about at this year’s conference?

We’re coming back with a new workshop! If you’ve been to one of our workshops in the past you know that we like to make them interactive and have a lot of fun, too. This year, our workshop is titled “Smashing the Stereotypes”, where we’re going to debunk what a lot of people think is important to have in their coworking spaces to succeed. Our aim is to show them what actually matters.

I also think that we’ll do an unconference session about getting the community more involved with the operations of the coworking space. I’ve been getting a lot of questions about how to “convince” people to pitch in around the coworking space (hint: if you’re trying to convince people of anything, you’re going about it all wrong) and even how to get members involved if the business is in trouble.