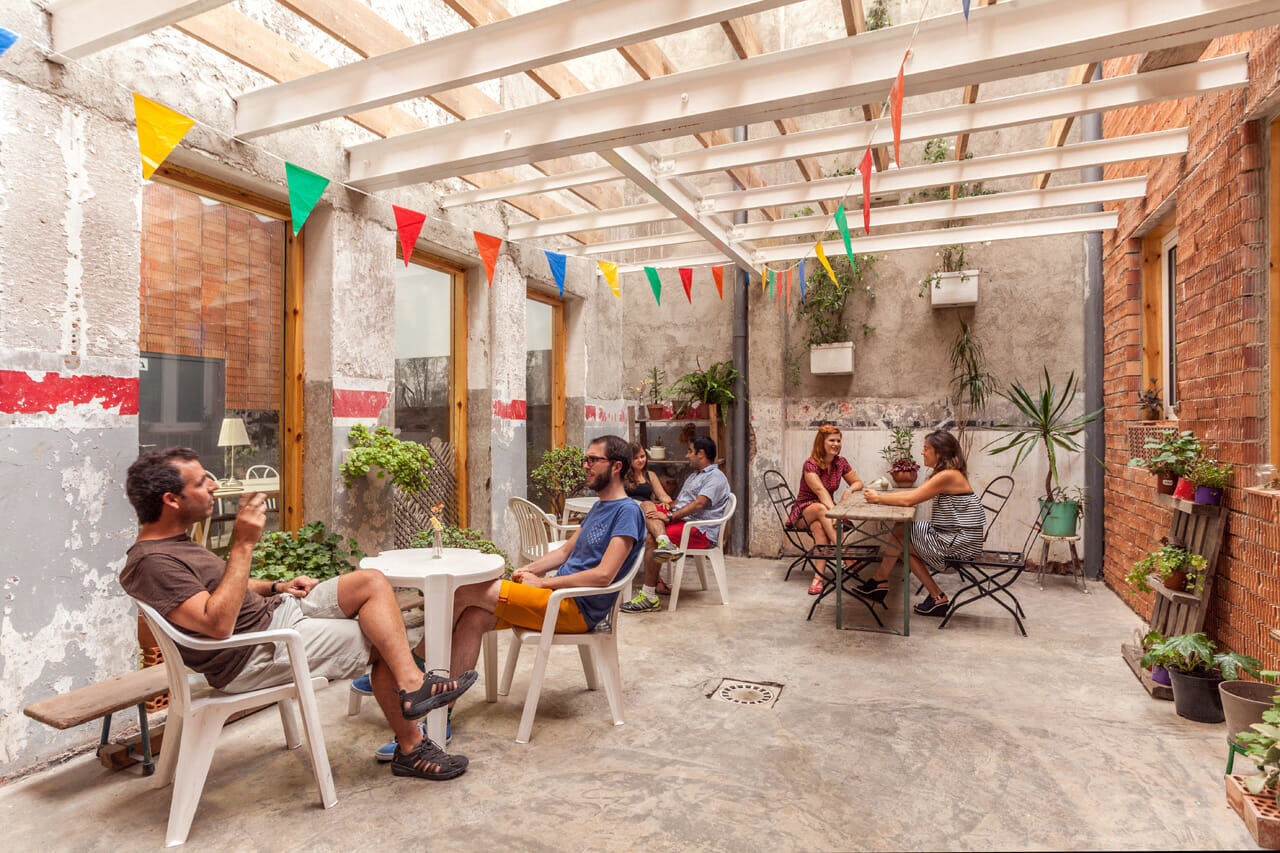 Coworking in Spain : The road from hype to maturation

Coworking in Spain : The road from hype to maturation

“Today, there are around 208 coworking spaces in Barcelona alone…, 80% of which are located in the city center, making it the 3rd largest global coworking hotspot.”

Since the coworking movement started gaining serious traction in Europe over the last 5 or so years, Spain has proven to be a strong example of the evolution of the coworking industry. After the initial shock of the 2008 economic crisis, coworking spaces started to crop up across the country, especially in Barcelona and Madrid.

Coworking in Barcelona: From Trend to Meaningful Movement

Today, there are around 208 coworking spaces in Barcelona alone, according to Coworking Spain, 80% of which are located in the city center, making it the 3rd largest global coworking hotspot. The average size of these coworking spaces ranges between 100 to 300m2 and there around 10 spaces that are between 500 and 1000m2. These contemporary coworking centers are home to more 12,400 entrepreneurs and small companies in the region. In addition to providing a professional environment for a new generation of workers, the coworking community in Barcelona also attracts a significant amount of nomadic workers.

Yet, Barcelona’s coworking scene wasn’t always so strong. In order to become the smooth running engine of the sharing economy that it is today, coworking in Spain had to face some significant highs and lows.

The Formation of the Spanish Coworking Bubble

As an alternative solution to the growing number of unemployed individuals and rising number of freelancers after the financial crisis, people started transforming abandoned spaces into coworking hubs in order to meet the needs of the increasing amount of precarious workers.

Between the years of 2012 and 2013 a “coworking bubble” was formed. At the time, there were 150 coworking spaces in Spain, making it the country with the most coworking spaces per citizen worldwide. In combination with coworking spaces being on trend, Barcelona was considered the European coworking capital and was host to both the Coworking Europe and Coworking Spain conferences. 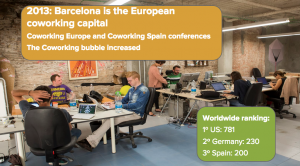 The term “coworking” was suddenly applied to every alternative workspace. If a landlord or manager had free office space, it would be offered up as a “coworking space”. This resulted in many spaces unable to meet their occupancy expectations, as the offer was greater than the demand (on average, 55%).

This was mostly due to operators calling these free spaces “coworking spaces” in order to capitalize on the movement, without actually understanding the coworking value system. Eventually, the coworking bubble popped. Many of these “coworking” spaces failed as they were built without a community foundation, and they also lacked practical knowledge, such as profit-expense calculations and business plans.

After the Bubble Burst

After the Spanish coworking bubble popped, the movement began to mature. Due to the emergence of strong competition, more and more spaces started to specialized. This allowed them to adopt a more professional approach to developing the coworking movement in Spain, which also resulted in spaces that could better compete and become financially sustainable.

Current space operators were able to learn from their previous mistakes and dedicated time to developing sustainable and innovative business models.

These improvements resulted in spaces becoming more profitable and acquiring added value for the community. Today, a small coworking space can be run by the owner as a complementary activity, thus profit has become social, often defined by networking and overall community development.

The following information was taken from the presentation: “How Barcelona transformed itself into one of Europe’s top coworking hotspots”. This presentation was given by Vanessa Sans, at the first Coworking Africa Conference in Cape Town, South Africa. Sans is also the co-organizer of the Coworking Spain conference, a coworking consultant , and the project manager of Coworking Europe.

See the presentation here below: