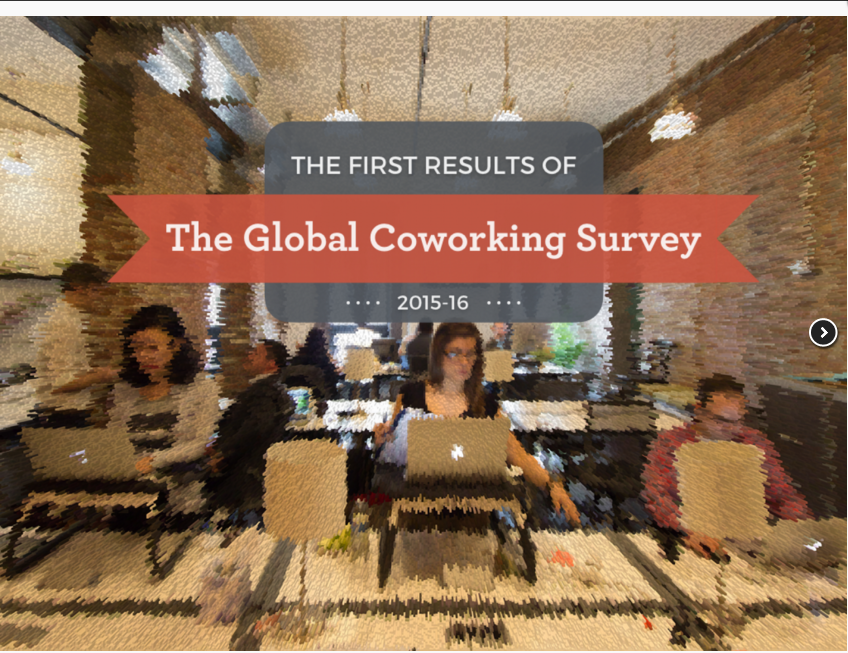 Today, around half a million people are working in coworking spaces

Today, around half a million people are working in coworking spaces

During the annual Coworking Europe Conference in Milan, the first round of results taken from the most recent Global Coworking Survey, brought to you by Deskmag and SocialWorkplaces.com, were presented to eager attendees. The number of coworking spaces continues to increase and in the last twelve months they have grown by 36%, which puts the number of coworking spaces worldwide at around 7,800. The coworking movement is undeniably here to stay.

The survey showed that current spaces serve, on average, a third more members than they did just two years ago. Today, about half a million people are working in coworking spaces. Yet, surprisingly, the increase in members has not led to a more isolated work environment.

The number of coworking spaces is growing worldwide. However, the market for them does not seem to be oversaturated. The question of whether there are already too many coworking spaces was denied by almost 85% of space operators within their region. Slightly more than one in four believe that there is room for similar spaces concerning coworking, and were open to more competitors joining their market. On the contrary, the survey found that only 14% of participants believed that coworking spaces already oversaturated the supply for their region.

Yet, how many coworking spaces exist worldwide? The question is one of the most popular questions within the coworking movement and it’s been usually a tradition to present an updated number with the first results of this survey.

However, the more coworking spaces exist, the longer it takes to count them. New spaces pop up while at the same time others close. Some are branded as a coworking space without being one, some market themselves as “more than just a coworking space”, and others change their concept over time.

Therefore, a census evaluating the amount of spaces has to start from scratch and is usually manually counted, which takes more time. 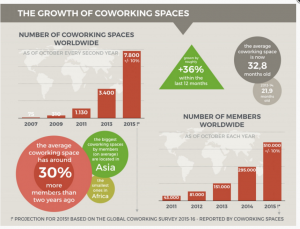 However, the most recent Global Coworking Survey allows an overview of how many coworking spaces there have been in certain periods of the movement compared to when they emerged. In the last twelve months, 36% of new coworking spaces have been added to the already pre-existing ones. The days of spaces doubling annually seems to belong to the past, as rapid development is no longer on the rise.

Yet, absolute growth within the movement is still impressive and is significantly higher than the rates found within other industries. Starting from the last – conservative – counting, we see the current growth at an estimated 7,800 coworking spaces worldwide. However, certain variations in the development of spaces should be considered when counting.  Coworking spaces themselves have grown.

Read the rest of the article on Deskmag.com