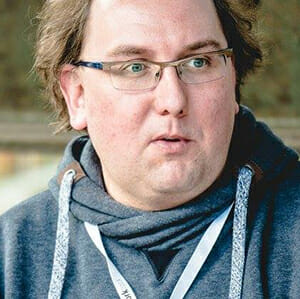 Christian Cordes was born in 1975 and Oldenburg. After many positions in agencies and the automotive industry, he has been developing and managing the Schiller40 co-working space in Wolfsburg since 2012. He also accompanies further space foundations in German cities and is the founding member of the German Coworking Federation of the German Association of Coworking Spaces Germany, whose chairman he is since 2015.