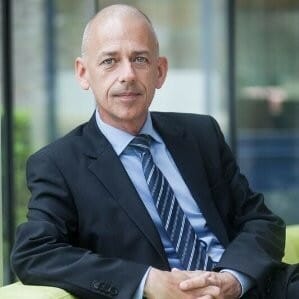 In 2018 Dirk Paelinck founded Workero, a digital service provider organizing Coworkings within companies who want to monetize their underused workspaces and to attract innovating business partners. The same year he started organizing, with Finnova Foundation, the PropTech StartUp Europe Awards, supported and promoted by the European Commission. He co-founded the EU PropTech House in October 2018. He is also founder & CEO of Interoffices (2015), the second largest network of business centers/coworking spaces in Belgium. He has 12 years of flexible office real estate experience of which 7 as a Director for Regus, where he was awarded Area Director of the Year (2010). Previous positions include Manager Wholesales NNC Belgium-Luxembourg for all Official Dealerships Mercedes-Benz, Smart and Chrysler NNC. Developed his own real estate projects in 2004. He attended the University of Antwerp where he graduated in Roman Philology, Law and Economics. He studied classic music history, piano and guitar at the Conservatoire in Belgium.