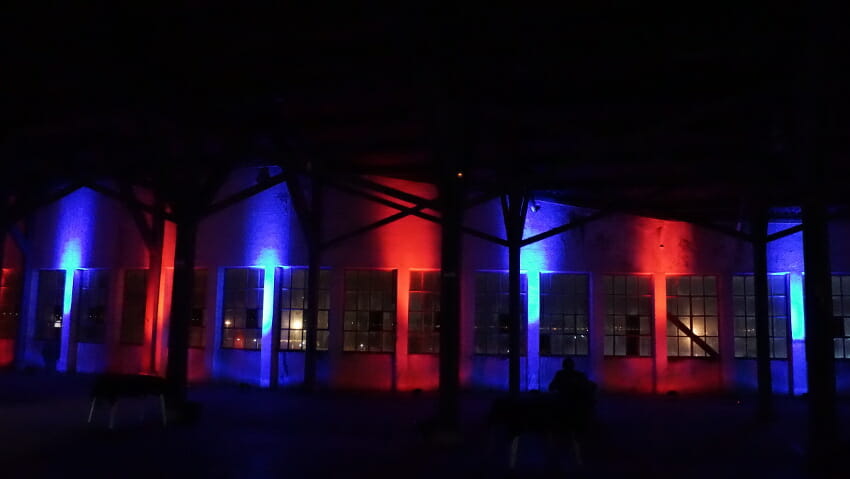 “Our biggest challenge is keeping the original flavour of coworking while assuring profitability”-Fernando Mendes, NOW_ Lisbon

“Our biggest challenge? To preserve the original flavour of coworking while assuring profitability for our space”- Fernando Mendes, NOW_ Lisbon

When Miguel Muñoz Duarte, CEO of iMatch started looking for a new space incubator, he teamed up with CoworkingLisboa and went off to do some field work. Ultimately finding a beautiful 4.000 square meters (sqm) in Marvila, one of Lisbon’s most disadvantaged neighborhoods. Today, NOW_No Office Work is now breathing new life into this área, and challenging the boundaries of coworking, if not purely based on sheer size.

We spoke with Fernando Mendes, the founder of CoworkLisboa to find out a bit more about this larger than life coworking space, which is the biggest space in Portugal today, a country with over 100 spaces to date.

Hi, Fernando. Lisbon is one of Europe’s most vibrant startup capitals, but it was also hit hard economically during the financial crisis. Can you please tell us a bit about the role coworking spaces have played in revitalizing the economy?

The role coworking has played is difficult to measure, given the organic growth of spaces. One thing that we do know is that in 2010, Coworklisboa only had a small number of foreign members, around 10%, and today more than 30% are coming from abroad.

Also, coworkers are typically freelancers, even before the crisis, meaning they are resilient people who fight for change and autonomy. The majority of our coworkers, which is more than 700 since 2010, have at least two occupations. For example, a lawyer who likes to surf will at some point launch a new law service aimed at this particular target market. So as a result of difficult times, many people took on a second or third activity that once upon a time might have been considered just a hobby, but today it’s profitable.

In 2010, Coworklisboa only had a small number of foreign members, around 10%, but today more than 30% are coming from abroad.

Are there still challenges in Lisbon regarding workplace culture, and how can projects like NOW_ help address these challenges?

Work has gradually blended in with learning, which has blended in with leisure. In fact, Coworking is now the norm. Big and small corporations are adopting the model, and even academia is looking towards coworking to help push for positive change. Of course, fighting unemployment is definitely a problem that coworking can help to reduce, and NOW_ takes into consideration all of these nuances in order to effectively address these issues.

In fact, Coworking is now the norm.

Your project is certainly ambitious. What does it take to make sure this project of this scale goes over well?

NOW_ , although large in size, will be an intimate project. Being a large space guarantees that we can house all aspects of work, learning, innovation and life that we see today. We want everybody to have the chance to be included, so we decided that no expression of what we still call work would be out of the project. Also, a major part of the 4K sqm will be dedicated to social interaction and networking. 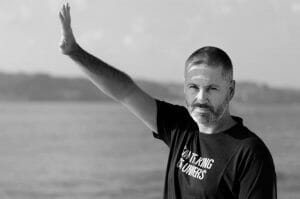 There are some other large coworking projects out there, such as Wework, how would you say that NOW can be set apart from these other coworking giants?

They are different from the original coworking movement, that’s for sure, but we don’t see them as mere competition. NOW_is unique in the way that we can’t be replicated, as we know the city well and the people and we stand for are our coworkers. This is our biggest challenge, keeping the original flavour of coworking while assuring its profitability.

You decided to add a coliving element to NOW_. Is there currently a demand for coliving spaces in Lisbon?

The demand is certainly there. Staying in Lisbon has become a challenge, as more and more people are coming to the city. Thus, we are in need of more flexible models to house new social paradigms. The “regular” digital nomad can be characterized as someone under 35, a freelancer, or part-time freelancer, medium average income, zero or few fixed costs, such as kids, car, house, etc. These people make up a large portion of today’s workforce, and rather than take the traditional route, they prefer to get together, share space, skills and knowledge, food and transportation, etc.

The logo of the project is “we don’t give a shift” can you tell us a bit more about that?

“We don’t give a shift” means that we think that all of this has nothing to do with just work anymore. Work has become a part of every aspect of our lives to the degree that it is now impossible to say if one is working or not working. Those two modes alternate constantly throughout a single day. Ultimately, the 9 to 5 workday is dead and it won’t come back. We´re not saying all this is good and a new glorious way of living, it isn’t, but we

Ultimately, the 9 to 5 workday is dead and it won’t come back. We´re not saying all of this is a good and glorious way of living, it isn’t, but we strongly believe that coworking is in a way people fighting back against all the evil [insert all evil you can list or imagine] in this world.